Diy Weatherize Your Home for Winter

It’s hard to think about preparing for winter when the weather is so beautiful. But now is the best time to get started, so you’re not caught off guard when the snow flies. Here’s an excellent article from MSN Real Estate that gives 10 ways to get the jump on winter weather.

So you’ve pulled your sweaters out of mothballs and found your mittens at the bottom of the coat closet. But what about your house — is it prepared for the cold months ahead?

You’ll be a lot less comfortable in the coming months if you haven’t girded Home Sweet Home for Old Man Winter.

With the Help of Several Experts, We’ve Boiled Down Your Autumn to-do List to 10 Easy Tips: 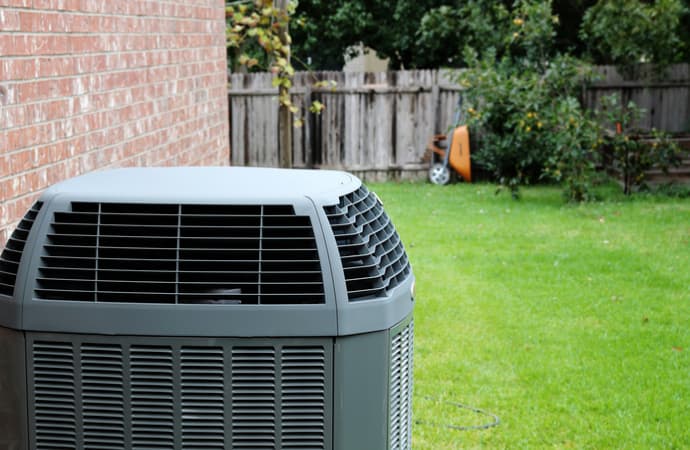 Once the leaves fall, remove them and other debris from your home’s gutters — by hand, by scraper or spatula, and finally by a good hose rinse — so that winter’s rain and melting snow can drain. Clogged drains can form ice dams, in which water backs up, freezes and causes water to seep into the house, the Insurance Information Institute says.

As you’re hosing out your gutters, look for leaks and misaligned pipes. Also, make sure the downspouts are carrying water away from the house’s foundation, where it could cause flooding or other water damage.

“The rule of thumb is that water should be at least 10 feet away from the house,” says Michael Broili, the director of the Well Home Program for the Phinney Neighborhood Association, a nationally recognized neighborhood group in Seattle.

One of the best ways to winterize your home is to simply block obvious leaks around your house, both inside and out, experts say. The average American home has leaks that amount to a nine-square-foot hole in the wall, according to EarthWorks Group.

First, find the leaks: On a breezy day, walk around inside holding a lit incense stick to the most common drafty areas: recessed lighting, window and door frames, electrical outlets.

Outside, seal leaks with weather-resistant caulk. For brick areas, use masonry sealer, which will better stand up to freezing and thawing. “Even if it’s a small crack, it’s worth sealing up,” Lipford says. “It also discourages any insects from entering your home.”

“Another thing that does cost a little money — but boy, you do get the money back quick — is adding insulation to the existing insulation in the attic,” says Lipford. “Regardless of the climate conditions you live in, in the (U.S.) you need a minimum of 12 inches of insulation in your attic.”

Don’t clutter your brain with R-values or measuring tape, though. Here’s Lipford’s rule of thumb on whether you need to add insulation: “If you go into the attic and you can see the ceiling joists you know you don’t have enough, because a ceiling joist is at most 10 or 11 inches.”

A related tip: If you’re layering insulation atop other insulation, don’t use the kind that has “kraft face” finish (i.e., a paper backing). It acts as a vapor barrier, Lipford explains, and therefore can cause moisture problems in the insulation.

First, turn your furnace on now, to make sure it’s even working, before the coldest weather descends. A strong, odd, short-lasting smell is natural when firing up the furnace in the autumn; simply open windows to dissipate it. But if the smell lasts a long time, shut down the furnace and call a professional.

It’s a good idea to have furnaces cleaned and tuned annually. Costs will often run about $100-$125. An inspector should do the following, among other things:

Throughout the winter you should change the furnace filters regularly (check them monthly). A dirty filter impedes air flow, reduces efficiency and could even cause a fire in an extreme case. Toss out the dirty fiberglass filters; reusable electrostatic or electronic filters can be washed.

According to the U.S. Department of Energy, a home with central heating can lose up to 60% of its heated air before that air reaches the vents if ductwork is not well-connected and insulated, or if it must travel through unheated spaces. That’s a huge amount of wasted money, not to mention a chilly house. (Check out this audit tool for other ideas on how to save on your energy bills this winter.)

Ducts aren’t always easy to see, but you can often find them exposed in the attic, the basement and crawlspaces. Repair places where pipes are pinched, which impedes flow of heated air to the house, and fix gaps with a metal-backed tape (duct tape actually doesn’t stand up to the job over time).

Ducts also should be vacuumed once every few years, to clean out the abundant dust, animal hair and other gunk that can gather in them and cause respiratory problems.

Now, of course, is the time to take down the window screens and put up storm windows, which provide an extra layer of protection and warmth for the home. Storm windows are particularly helpful if you have old, single-pane glass windows. But if you don’t have storm windows, and your windows are leaky or drafty, “They need to be updated to a more efficient window,” says Lipford.

Of course, windows are pricey. Budget to replace them a few at a time, and in the meantime, buy a window insulator kit, Lipford and Broili recommend. Basically, the kit is plastic sheeting that’s affixed to a window’s interior with double-stick tape. A hair dryer is then used to shrink-wrap the sheeting onto the window. (It can be removed in the spring.) “It’s temporary and it’s not pretty, but it’s inexpensive (about $4 a window) and it’s extremely effective,” says Lipford.

Ideally, spring is the time to think about your chimney, because “chimney sweeps are going crazy right now, as you might have guessed,” says Ashley Eldridge, director of education for the Chimney Safety Institute of America.

That said, don’t put off your chimney needs before using your fireplace, Eldridge advises. “A common myth is that a chimney needs to be swept every year,” says Eldridge. Not true. But a chimney should at least be inspected before use each year, he adds. “I’ve seen tennis balls and ducks in chimneys,” he says.

Ask for a Level 1 inspection, in which the professional examines the readily accessible portions of the chimney, Eldridge says. “Most certified chimney sweeps include a Level 1 service with a sweep,” he adds.

Woodstoves are a different beast, however, cautions Eldridge. They should be swept more than once a year. A general rule of thumb is that a cleaning should be performed for every ¼ inch of creosote, “anywhere that it’s found.” Why? “If it’s ash, then it’s primarily lye — the same stuff that was once used to make soap, and it’s very acidic.” It can cause mortar and the metal damper to rot, Eldridge says.

Another tip: Buy a protective cap for your chimney, with a screen, advises Eldridge. “It’s probably the single easiest protection” because it keeps out foreign objects (birds, tennis balls) as well as rain that can mix with the ash and eat away at the fireplace’s walls. He advises buying based on durability, not appearance.

Check out CSIA’S Web site for a list of certified chimney sweeps in your area.

“Reversing your ceiling fan is a small tip that people don’t often think of,” says Lipford. By reversing its direction from the summer operation, the fan will push warm air downward and force it to recirculate, keeping you more comfortable. (Here’s how you know the fan is ready for winter: As you look up, the blades should be turning clockwise, says Lipford.)

A burst pipe caused by a winter freeze is a nightmare. Prevent it before Jack Frost sets his grip: Before freezing nights hit, make certain that the water to your hose bibs is shut off inside your house (via a turnoff valve), and that the lines are drained, says Broili. In climes such as Portland, Ore., or Seattle, where freezing nights aren’t commonplace, you can install Styrofoam cups with a screw attachment to help insulate spigots, says Broili.

Next, go looking for other pipes that aren’t insulated, or that pass through unheated spaces — pipes that run through crawlspaces, basements or garages. Wrap them with pre-molded foam rubber sleeves or fiberglass insulation, available at hardware stores. If you’re really worried about a pipe freezing, you can first wrap it with heating tape, which is basically an electrical cord that emits heat.

This is a great time to check the operation — and change the batteries — on your home’s smoke detectors. Detectors should be replaced every 10 years, fire officials say. Test them — older ones in particular — with a small bit of actual smoke, and not just by pressing the “test” button. Check to see that your fire extinguisher is still where it should be, and still works.

Also, invest in a carbon-monoxide detector; every home should have at least one.